Catonsville: Music City Maryland is the first full length feature documentary by Sun Rider 9 Productions released on May 17th, 2019 at the Hoyt’s West Nursery in Linthicum.

It’s been a tremendous honor to have our local Catonsville music scene receive so much World-Wide attention! We would like to announce that on top of Tokyo, we’ve been accepted as official selections to the New York, and Toronto Lift-Off Film Festivals! This brings our film’s reach that includes 8 selections, 5 of which received awards to 4 countries (US, Japan, UK and Canada) and stretched across cities from Los Angeles to Atlanta to New York to North East MD to London to Toronto and all the way to the Far East of Tokyo. 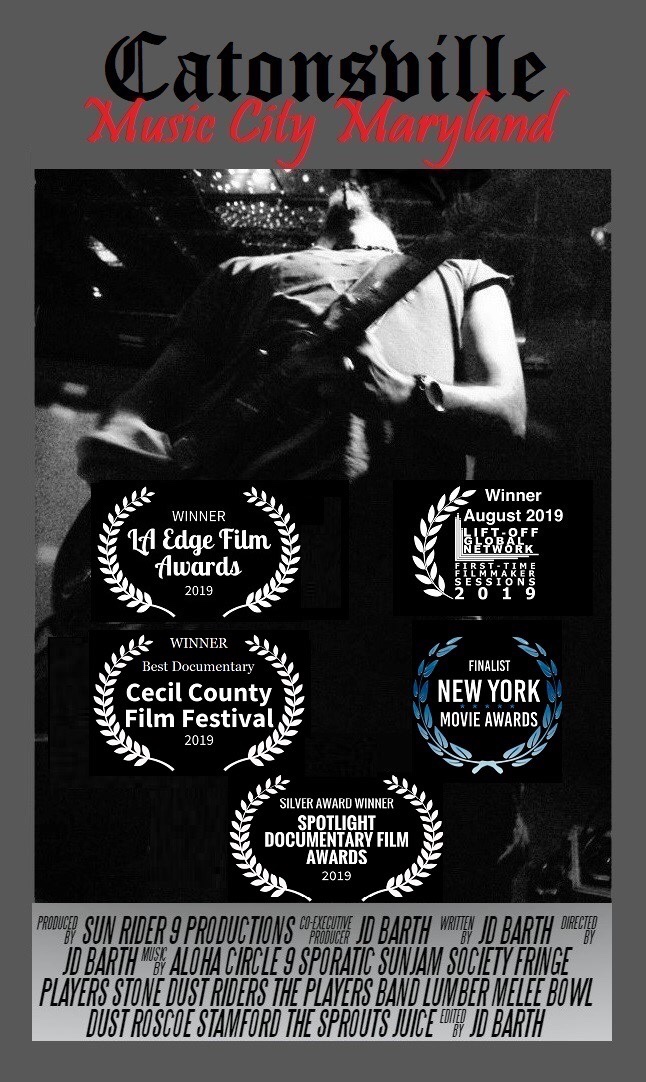 **WINNER OF THE LA EDGE FILM AWARDS FOR BEST DOCUMENTARY**

“You know sometimes we put things out there in the universe. Thinking we just do what we do for inspiration and passion. But throw it out there to maybe get any kinda reaction. Not that it really means anything. More so out of sheer curiosity.

But when the universe responds. It’s absolutely mind blowing. And I feel somewhat humbled. But to have another film festival vote us, best documentary out of Los Angeles.

Love all the people who have been involved in this thing. But they get it. The ones that voted us in get it. That to me is inspiring. Winner LA Edge films best documentary. I don’t care about accolades. To me it’s just that somebody out there gets it.” – JD Barth

Winner of the 2019 LA Edge Film Awards for Best Documentary.

Many thanks again to everyone involved.

The Lift-Off Global Network showcase competition began Sunday August 18th and was an online competition and ran for one week only.

Not only did we win first place among the people’s vote in the social round, the top 5 finalists were then voted amongst a panel of judges in the Pinewood Studios out of London, UK and they chose Catonsville.

Thank you to all who voted and everyone’s support. This is just the beginning. We submitted to 35 film festivals world wide. Hopefully we get the same type of reception for some of these other platforms. The goal is to bring the talents of the musicians, skaters and artists to the world.

We will keep everyone posted on all further developments. It’s been and honor and a privilege to be chosen number 1 amongst 37 amazing films from around the world.

Another award and this time in the Big Apple! Just an honor and a privilege to win yet again and to be recognized in “the city that never sleeps”.

Catonsville: Music City Maryland has been selected in the Cecil County Independent Film Festival! Out of over 2,600 films that were submitted world wide we were one of only 58 others selected. The festival will run from from December 6th-8th at the Milburn Stone Theater in North East, Maryland.

We are honored to be a part of this local Maryland festival and Catonsville: Music City Maryland will be shown at the amazing Milburn Stone Theatre at Cecil College on Sunday, December 8th at noon.

There will be an award ceremony at 6:00pm Sunday evening. There is an audience vote so please vote Music City Maryland!

Winner of the Silver Award in the 2019 Spotlight Documentary Film Awards.

Silver Awards: awarded to unforgettable films with the third highest scores from the panel.

Special thanks again for everyone who helped and were involved in the production of an important piece of Catonsville history!!

Congrats in order yet again for Catonsville: Music City Maryland for being selected to the Tokyo Lift-Off Film Festival in Japan!! We are honored to be a part of this festival which will now be an online film festival due to COVID 19 and will run online for the entire month of June 2020.

You will be able to access the full collection of films for only $10.00! Stay tuned for further updates…

A second show was added on Saturday May 18th at the RC Hollywood in Arbutus Maryland. 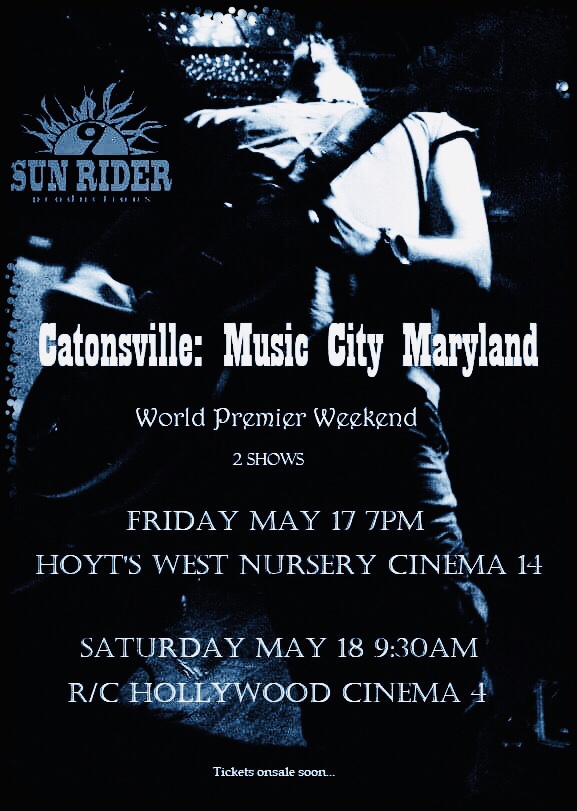 We are looking into adding a third theater release in the Fall or this year 2019 we will provide further updates. We are also beginning to submit the film to some film festivals. We will announce all selections right here!

The film features art work from an amazing local Catonsville artist Ian Herrick. His work can be found here: http://www.ianherrickartist.com/ 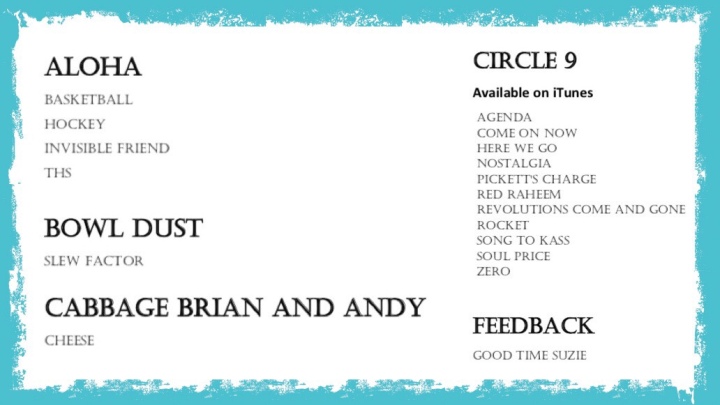 These are all of the songs that were featured in the film Catonsville: Music City Maryland. Can you believe there are a total of 85 songs in this film? All 100% original music and all of these bands are out of Catonsville. This is just a small snippet of the incredible music coming out of this town. A sequel to this film of other bands could be very interesting…

Most of these songs are for sale and locations provided here. This would make one amazing movie soundtrack!

“Tude” is the next Film in the works by Sun Rider 9 Productions.

Movie trailer for the upcoming film “Tude”. The story of Dave Linantud. Written, edited and produced by JD Barth & Sun Rider 9 Productions. Slated for release in May, 2020.

Features the song Pickett’s Charge and Miss Kathryn written and performed by Circle 9.

Movie trailer II for the upcoming film “Tude”. The story of Dave Linantud.

Features the song “Home is Home” and “Elvis is God” written and performed by Society Fringe Players.

An award for “Tude” in the Big Apple! Just an honor and a privilege to win this award and to be recognized in “the city that never sleeps”

“Stress” by the band Lumber